Since the early 1980s, Plastiqual has been serving its customers in the plastic material injection field.

It started manufacturing injection moulds in 1987 with the setting up of the machining shop (Electrical Discharge Machining, CNC, etc).

A family-run business, that started out in Beyne-Heusay, near to Liege (Belgium), Plastiqual has grown and specialises in technical parts for industrial applications.

In May 2005, Plastiqual moved to its 2000m² premises on the Chaîneux industrial estate in Petit-Rechain, Verviers, Belgium.

It has expanded its services to include finishing and assembly. 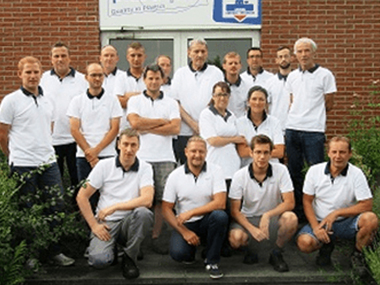 Plastiqual employs over twenty experienced and qualified workers, who are committed to their profession.

From time to time, Plastiqual provides Codeart, an NGO working to drive development and fight hunger in the world, with technological support.